Mometasone Cream|hhsone cream use for babies

Mometasone is a steroid cream which is also known as Mometasone Furoate Cream. It is medicine of C  category .Mometasone cream is used to treat several skin problems.

Venostor tablet is given by Pharma company. If one pharma company has given it’s particular name then other pharma company cannot copy their names. In the market this cream is available by different brand name, some example of Brand name are given below

Beside this you can also get mometasone cream by different name  in the medical shop. It’s brand names is different according area. states, country

Now we will discuss the Uses of Mometasone Cream in which diseases it is used and it’s benefits. As you know that it is steroid cream is used different kinds of skin diseases. In inflamatory skin diseases there is a disease known as Atopic Eczema in which swealling occurs on the skin, itching.

The name of other disease is Allergic Contact Dermatitis. In which skin gets infected simply by using soap,jewellery,face cream,hair color and the symptoms like reddness in the particular area,itching,blister appear. Another disease named as Lichen Simples which infect the skin. where skin become thick that mainly occurs when we start itching at the same particular area for a long time.

Next disease is Seborreic Dermatitis in which symptoms like red and white colour pathes occurs in the head,itching,swealling appears. Psoriasis is one of other disease in which redness like patches appear on the face ,chest,legs. Cystic Acne is a disease which is seen in teenager,adult which show symptoms like yellow white bumbs appear on the face which may pain. It is also used in Alopecia Aerate which is a disease in which hairfall occur due to skin infection. Sometimes it is also used in nail infection.

4. How to apply Mometasone Cream?

Everybody know how to apply cream it is so easy.First of all take some doses of cream on the finger tips then apply thin layer on the infected area. After applying wash your hands and do not go outside in the sunlight so that it can works properly.

This cream is mainly used in the night and mainly doctor advice to use one in a day, you may use twice in a day but never use more than two times. The duration is of 2 weeks {14 days].

It can be used by all  ages {child,old,adult] patients.

This cream show effect differently according to area of body. it show faster effect on face’s skin due to thin layer but  penetrate slowly thick skin like knee,thigh.

Every medicines have side effect, the most common side effect patient faces are

-swealling occurs in the infected area
-itching , burning and dryness on that site
-changes in the skin color
-skin become thin due to longer time use of this  cream

Patients may gets other unusual side effect. Then stop using cream and consult your doctor for further treatment. 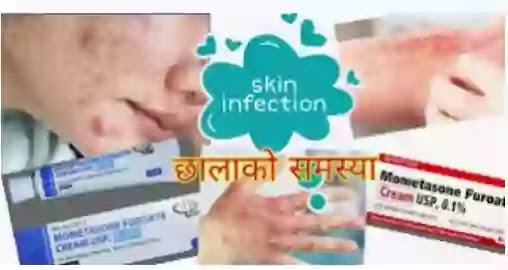 Before using any medicine patients should take precaution. It is medicine category C so do not use this cream ;-

-If you are Cataract or Glaucoma patients then avoid this cream

-if you are hyprsensitive to any steroid cream

-Be away from sun light rays